People on our planet have faced conflict for a very long time and these conflicts come in a wide variety. Conflicts exist between countries, regions and people. A large percentage of the human population is totally unaware of the majority of conflicts that are happening at this very moment. The perfect example would be conflict minerals.

What Are Conflict Minerals?
In the eastern provinces of the Democratic Republic of the Congo and adjoining areas, valuable minerals which include: gold, tin, tantalum and tungsten are being mined in conditions of armed conflict and human rights abuse. The typical human rights violations that are an everyday part of these mining conditions are:

The total amount of human casualties that are a direct result of this conflict are over the 5 million mark.

Putting A Stop to Conflict Materials
In the year 2010, President Barack Obama signed the Dodd-Frank Consumer Protection Act into law. This act specifically addresses the problems associated with conflict minerals in the Democratic Republic of Congo and other areas of the world. This single act has helped to reduce revenue to militia groups by over 60%.

Over 12,000 companies are directly affected by this act including Brown Metals Company.

What Brown Metals Company Is Doing?
Brown Metals Company does not manufacture any products that we sell, but we do work with manufacturers who are directly impacted by the Dodd-Frank Consumer Protection Act. As an effort to help our customers understand that our products , we have voluntarily obtained and posted statements from the manufacturers we currently deal with at the following url:http://www.brownmetals.com/compliance.

The statements located at the above mentioned web address clearly show that none of the products we distribute are using conflict minerals.
Joomla SEF URLs by Artio 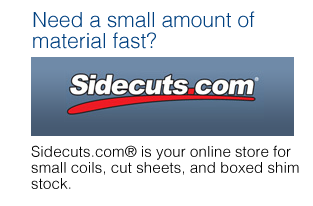 People on our planet have faced conflict for a very long time and these conflicts come in a wide variety. Conflicts exist between countries, regions and people. A large percentage of the human population is totally unaware of the majority of conflicts...

With over one million pounds of inventory on hand at any given time, our customers obviously have a lot to choose from. Being able to offer our customers smaller quantities of materials is a service we take pride in. We realize each and every customer...

Keeping our environment safe is now a concern that many businesses and industries face on a global scale. The old days of large industrial businesses dumping nasty contaminants into the earth needs to stop and here at Brown Metals Company...